A note from Nir Maman, the founder of the system:

“Because not all Krav Maga is the same.”

That quote is probably the best description for Krav Maga as it stands today. Krav Maga is the youngest and most modern self defense system out there, and since Imi’s passing in 1998, Krav Maga has morphed into a system with so many dialects and approaches.

There does not exist one single Defensive Tactics/Reality Based system that is 100% complete on its own, as far as addressing the realities of real life survival, Krav Maga included. Although Krav Maga is a system that was developed for real life survival, and it does approach many of the subjects related to real life survival with realistic principles, most of the Krav Maga that is taught around the world (including in Israel) is still lacking in evolution that translates those principles into tactics and strategies that are deployed congruently with the realities of todays diverse and dynamic attack modalities. The overwhelming majority of all the Krav Maga out there is still rooted on a platform of traditional Martial Arts/dojo oriented thinking and deployment, meaning it is structured technique oriented.

When I was running the training at the Israeli Special Forces Counter Terror School (the LOTAR), I had some of the top Special Operations/Special Forces Units from around the world that I was responsible for teaching. Units from the US SOCOM, all the way to Europe, Asia, and Africa, that would come to us to learn the most effective methodologies for Counter Terror warfare before they deployed for high-risk operations to Iraq and Afghanistan.

These units would all spend different amounts of time at the CTS depending on what their mission profiles were for their deployments, some units would be with us for as little as one week.

During that time, I had to give them knowledge and skills that would not only be as congruent as possible with the realities of the environments they would be operating in, but I had to deliver that knowledge and skillset on a platform that would allow them to learn it, retain it, and be able to effectively deploy it in such a condensed time frame, and it had to do them justice. It had to offer these Warriors the most optimal ability to survive against the dangerous threats they would be fighting.

This is how the CT 707 Krav methodology was born.

Through the insight and integration of my experience from three different paradigms, I was able to develop a methodology that allowed me to effectively deliver on that mission.

The first area of experience, was my Martial Arts/Defensive Tactics training background.

In addition to Krav Maga, over the course of my 40 years of training, I have trained in numerous other systems. Some of these other systems were sport or martial art application systems, but some of them were systems that were oriented towards real life survival. They were systems that were developed in different regions of the world and were designed to address different modalities of combat and challenges.

They were systems that contributed in experience and ways of thinking and moving that Krav Maga did not (due of course to each respective system’s unique environment, challenges, and virtues).

These systems were also developed by individuals who were as genius in their insight and foresight when it came to the subject of dynamic violence as Imi was.

As I mentioned earlier, there does not exist one single system out there that is 100% complete. However, I have found that the integration of Krav Maga, Jeet Kune do, and Kenpo, creates a platform that comes as close to 100% effectiveness as there is.

The diversity of my service background, including all the qualification training I have gone through as well as all the field/operational experiences I have lived has clearly contributed to a huge part of my education on real life survival. There is no greater teacher than another human being who’s objective is to prevent you from doing what you have to do or need to do, and where the stakes of not succeeding in that encounter, can result in you losing your life.

The third area of experience, was my personal experience in life of being targeted and victimized by violence.

Since I was a young child, I have always attracted the bullies. From grade school all the way through to high school, I experienced an assortment of physical bullying ranging from mild antics like being shoved into lockers, right up to very serious incidents that required Police intervention, such as my very first multiple attacker incident in life, where me and a friend were swarmed by a group of over twenty neo-nazi skin heads.

In addition to my long schooling career of being beaten up, I have had several other ‘street’ related incidents that have contributed to the pile, including my very first life and death incident at the age of 18 where I narrowly escaped a hail of bullets that left numerous casualties around me.

This last area was the catalyst that sent me on the path of relentlessly pursuing every resource I could find to become educated on the subject of real life survival.

A system which I will firmly stand behind as being one of the most effective approaches to real life survival that is congruent with the realities of dynamic violence, over any other Krav system/organization out there.

See what the United States Special forces have to say about

This program is designed to optimally enhance Officer Survival and focuses on the varying degrees of resistance and threat levels Officers encounter ranging from low level non-compliance to deadly force threats.

The system provides Officers with the most optimal best-practice approaches to negotiate physical compliance, control, and survival while maintaining the constant objective of de-escalating the situation.

The Law Enforcement Krav Maga Certification is divided into two phases (4 days each) and covers the following subject matters: 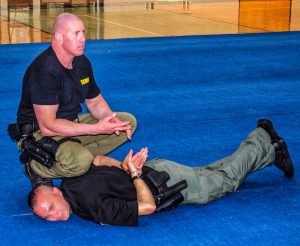 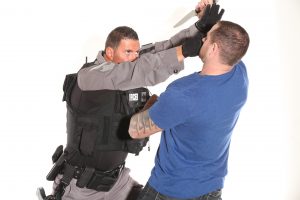 Criteria required for taking this certification:

-Must be Sworn Law Enforcement or Active Duty Military

-Phase 1 certification is required before participating in Phase 2

This website uses cookies to improve your experience while you navigate through the website. Out of these cookies, the cookies that are categorized as necessary are stored on your browser as they are essential for the working of basic functionalities of the website. We also use third-party cookies that help us analyze and understand how you use this website. These cookies will be stored in your browser only with your consent. You also have the option to opt-out of these cookies. But opting out of some of these cookies may have an effect on your browsing experience.
Necessary Always Enabled
Necessary cookies are absolutely essential for the website to function properly. This category only includes cookies that ensures basic functionalities and security features of the website. These cookies do not store any personal information.
Non-necessary
Any cookies that may not be particularly necessary for the website to function and is used specifically to collect user personal data via analytics, ads, other embedded contents are termed as non-necessary cookies. It is mandatory to procure user consent prior to running these cookies on your website.
SAVE & ACCEPT
CLOSE