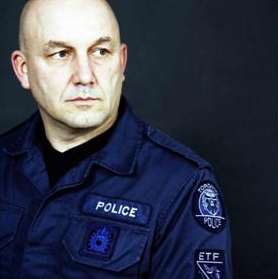 Mike served thirty-five years with the Toronto Police Service. He retired in May of 2008 having attained the rank of Sergeant. Mike served 6 years with the Toronto Police Emergency Task Force (SWAT Team) as a supervisor of special weapons teams and a member of the Explosive Disposal Unit. In this capacity he participated in the resolution of over 185 high risk incidents including gun and offensive weapon calls, hostage and barricaded person situations and high risk warrant service.

From 2000 until his retirement, Sgt. Babineau was the Senior Firearms Instructor for the Toronto Police Service and Administrative assistant to the Armament Officer and as such was responsible for developing and delivering firearms training and tactical training exercises for all Toronto Police Officers.

In 2003, Mike was appointed a Provincial Constable for the Province of Prince Edward Island mandated to instruct firearms and Tactics at the Atlantic Police Academy.

In 2008 Mike retired from the Police Service and was recruited as a lead Tactical Instructor for a Nuclear Tactical Response Force Unit based in the Province of Ontario. He, along with the rest of the Tactical Training Section were tasked with the development of course training standards and designing, delivering and evaluating training for the Nuclear Tactical Response Force Unit teams.

Mike continues to consult and instruct for several professional organizations including Frontline Training and Tactical Products as well as CT 707.

This website uses cookies to improve your experience while you navigate through the website. Out of these cookies, the cookies that are categorized as necessary are stored on your browser as they are essential for the working of basic functionalities of the website. We also use third-party cookies that help us analyze and understand how you use this website. These cookies will be stored in your browser only with your consent. You also have the option to opt-out of these cookies. But opting out of some of these cookies may have an effect on your browsing experience.
Necessary Always Enabled
Necessary cookies are absolutely essential for the website to function properly. This category only includes cookies that ensures basic functionalities and security features of the website. These cookies do not store any personal information.
Non-necessary
Any cookies that may not be particularly necessary for the website to function and is used specifically to collect user personal data via analytics, ads, other embedded contents are termed as non-necessary cookies. It is mandatory to procure user consent prior to running these cookies on your website.
SAVE & ACCEPT
CLOSE